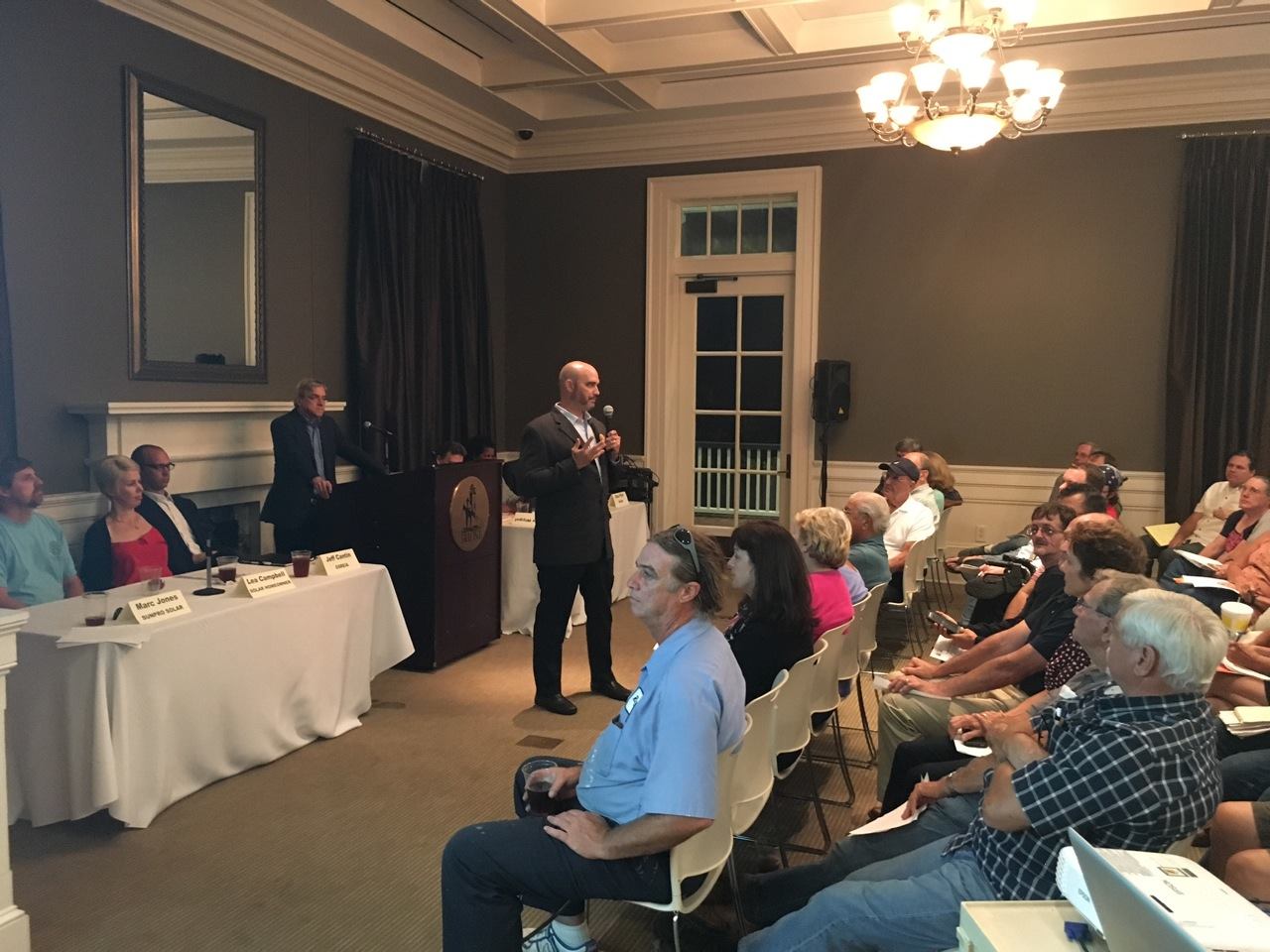 Homeowner Explains Why She Went Solar at the MS Solar Forum

Our CEO, Marc Jones, was chosen as a featured speaker at the MS Solar Forum (Mississippi Solar Energy Forum) to educate Mississippi homeowners on the benefits and savings of solar energy.

At the event, a homeowner presented her overview of her family's experience in deciding to go solar. Here is a transcript of Lea Campbell's short presentation.

But then we followed what was going on it was with the Public Service Commission - we followed that closely.  And then maybe a year or so ago, we saw an article in the Sun Herald about another gentleman in Ocean Springs who decided to have solar installed on his home and he used Sunpro Solar. So, we said, “You know - what do we have to lose? Let's call them up and see what it's all about.

We wanted to have solar installed - basically for two reasons:


So those were the two main reasons. We called Sunpro and set an appointment, and Wayne came out to our house and he did a thorough analysis of the square footage that we had available. On our home, we have a metal roof, and it sits near the beach. We have a pitched roof and the area of the roof that was appropriate for the solar panels was the south-facing part of the pitched roof. Wayne determined that we could handle about 22 solar panels on that part of the roof. Then he looked at our Mississippi Power bill and what we were paying and did the analysis.

He then sat down with us and went over it and it really just made sense, based upon what he was telling us how much power the panels would produce versus the cost. So, it made sense and we decided to go ahead and do it. So the installation process itself was extremely really easy.  Wayne stayed in touch with us from the time that we signed the paperwork until the panels were installed.

There was a two or three-week period there where they had to handle things on the Mississippi Power end and get all of get all of that taken care of. Then they called and scheduled the installation. Matt and I went to work on that day, and they came in.

When we got home the panels were installed!  They actually also had a crew come in to do an analysis of the weatherization of our home. Then they came in and wrapped the water heater. They analyzed if we were losing heat or air through the windows and fix all those little things that can add up over time. They also replaced all of our light bulbs with the energy-efficient light bulbs.

All of this was included in the cost and this was all completed in one day. We’ve been up and running and it has been seamless ever since. We've had no issues at all. There's no noise associated with the system or anything at all.  In fact, everything is the same  - TV is the same, dishwasher’s the same - everything runs just like traditional power.

As far as cost savings, like I said, we were averaging about three hundred and eighty dollars a month with Mississippi Power. Right now, our average bill is only $150, so that's a bit over 50% savings.  The cost per month that we're paying towards are the panels themselves is a $140 dollars/month, so we are coming out ahead.

Not only are we saving enough money to pay our note on the panels, but we're putting a little bit in our pocket as well.

We think we can pay the panels off in about six to seven years and, like Marc said, with the LG panels that they install the warranty that they provide is good for at least twenty five years.  So we have not one complaint so far. The process has been seamless, it makes sense for us financially and environmentally, and we're very very pleased.

FIND OUT HOW MUCH YOU CAN SAVE WITH SUNPRO SOLAR